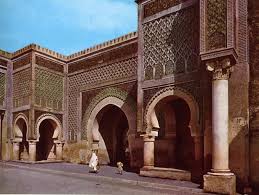 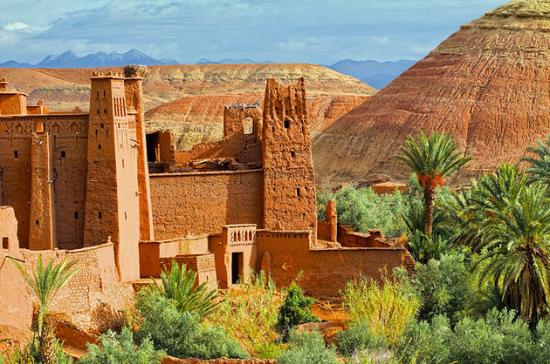 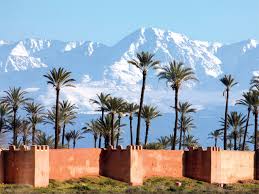 To discover the imperial cities of Morocco , it is thus to dive in the heart of the history and the culture of an ancient civilization while crossing a territory with grandiose landscapes since the snowy peaks of the Atlas to the green shores of the Mediterranean.

Go on holiday in Morocco to discover these beautiful imperial cities … Once there.

When a dynasty chooses to install its capital in a new city, this city must at once reflect the power and magnificence of the immense and prosperous kingdom over which it reigns. Palaces, mosques and all sorts of grandiose monuments are erected, whose decoration is entrusted to the greatest contemporary artists. The royal capital must impress with its luxury and splendor to give reason to the Maghrebian historian Ibn Khaldoun who affirmed « A great king, big city ».

Built on an identical pattern, the four imperial cities are concentrated around the medina , protected by its ramparts flanked by towers. The medina is crossed by large rectilinear axes that connect the gateways of the city that can be closed at night or in case of attack. The main places are the big mosque , the souks and the kasbah around which tangled alleys welcome dwellings and shops.

In the imperial cities , even more than in the other cities of this country near the desert, great attention has been paid to the distribution of water. The richly decorated public fountains are proof of the sultan’s generosity as much as his refinement.

Generally proposed in circuit of one or two weeks, the visit of the imperial cities of Morocco can be prolonged with wish as much the atmosphere of each one of the cities is unique, so much there is things to see and to review to better apprehend the civilization Islamic . Take the time to live to the rhythm of today’s Maghreb , listen to the call to prayer resonate five times a day from the minarets and soak up the special atmosphere of these sumptuous cities.

Between tradition and modernity, Morocco today invites you to discover its glorious past … an adventure to live fully by savoring every moment!

Visit of the imperial city of Marrakech

Your visit of the imperial cities of Morocco begins with Marrakech and its famous place Jemaa el Fna where dominates the Koutoubia . Less known than the city center, the Saadian tombs of princes and princesses will offer you another look of Marrakech . The Bahia Palace and the Medina will make you discover the pomp of a bygone era. We take pleasure to walk along the 14 km of the ramparts of the medina with 14 doors. A stay in Marrakechdeserves at least 3 days … Take the opportunity to rent a riad in Marrakech in the heart of the medina or a villa in the palm grove .

Visit of the imperial city of Fez

Direction Fez , this cultural city, is one of the most fascinating imperial cities of Morocco. Between the visit of the Merinid tombs and the crumbling necropolis , Fes is unveiled both outside and inside the ramparts . Opt for a vacation rental in Fez to contemplate all the beauty of the oldest imperial city of Morocco. Fez has long radiated the Arab world as much religiously as culturally. Fez can be visited all year long, however spring and autumn are the most pleasant seasons to stay.

Visit of the imperial city of Meknes

Meknes is also one of the most beautiful imperial cities of Morocco. Located 60 km from Fez, Meknes was shaped in the image of Sultan Moulay Ismael often compared to his contemporary Louis XIV for the company of major works in the city. Today, with its palaces, mosques, fountains, terraces, gardens, stables, shops, Meknes continues to feed the imagination of visitors on its glorious past.

You can also relax by finding yourself in a rental in Meknes in the green countryside, a generous countryside with breathtaking views of the olive trees and the ancient Roman city of Volubilis .

Visit of the imperial city of Rabat

Another imperial city twisted by tourists, Rabat the capital. It is worth the detour, however, this modern city is today known worldwide for its tower Hassan II , the largest building in the city. A holiday rental in Rabat in the heart of the city will allow you to discover all the attractions of this beautiful imperial city .

Did you find apk for android? You can find new Free Android Games and apps.

Not what you're looking for? Try your search again